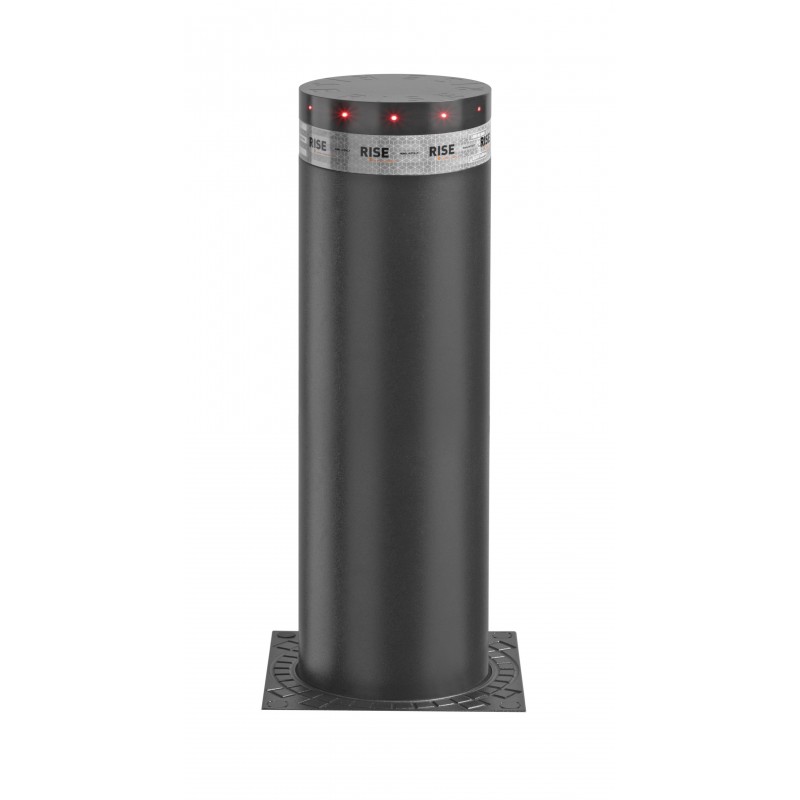 The retractable automatic terminal Force 825, with its high impact resistance and elegant design, can be installed in public or commercial places and is particularly suitable for the protection of buildings.

The standard version, made of steel, painted with cataphoresis anti-corrosion treatment which gives a high resistance to atmospheric agents and saline environments.

The terminal operates at 24 Vdc: an amperometric sensor detects obstacles during the climb and immediately reverses the movement.

The terminal is equipped with 12 LEDs in sequential operation with a high visibility reflective tape.

In an emergency, the terminal can be released and lowered by holding down the emergency button, automatic descent is available in case of power failure (optional).

The system is also provided for installation of an inverter (optional) which allows the use of the terminal in automatic mode even in case of power failure.

The foundation case is made of painted steel with cataphoresis treatment and is easy to assemble on site before installation.

If the terminal is not installed immediately, a cover may be provided for closing the hole.

Scheduled for the UPS group of the connection to ensure automatic operation even in case of power failure.

Power options of UPS by solar panel. Acetal resin seal to protect the housing from the terminal of the gravel infiltration.

IP68 Many cycles per day and very low energy consumption.

One can raise and lower terminal also in case of total failure of the control units and in case of power failure.